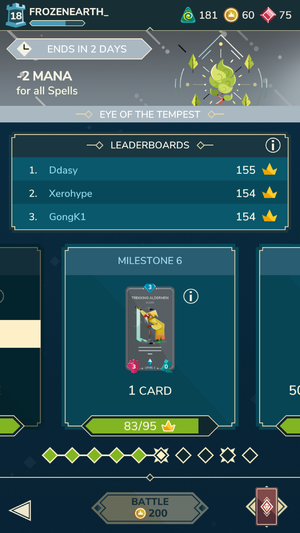 Brawl Mode is one of the gamemodes of Stormbound, alongside Ranked Mode and Campaign, where players fight other players in order to obtain crowns and be rewarded with exclusive resources.

Pressing the Battle button will put you into a queue until you are matched with another player. Once you are matched, the entry fee will be deducted from your account.

Every Thursday, a new Brawl will begin and will last for 4 days. Each week's Brawl has its own theme, which will change the rules of the battle slightly.

(Note: If you were looking for milestone rewards, see here.)

On Mobile versions, winning a battle will reward you with

5. This can be upgraded by watching an ad to increase the reward to

On Steam versions, winning a battle will reward you with

10. This cannot be upgraded.

400 cap on the amount of coins you can get via battling. This cap is also shared with coins that may be earned from Ranked Mode. This cap also resets daily at 7:00 UTC.

Sources that count towards the coin cap:

Sources that don't count towards the coin cap:

(Note: You can obtain

415 in a day by playing until you have reached

400 cap and then obtaining 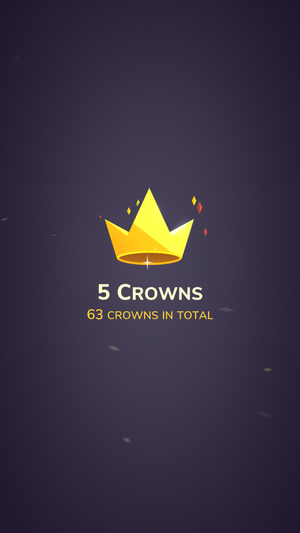 Crowns are a special resource that can only be obtained during Brawl, and are limited to each week's Brawl.

Winning a Brawl match will earn you 5

Crowns. Losing will earn you 1

Each week's Brawl will have its own theme that will affect both players, changing cards and adding new twists to gameplay.

By collecting enough Crowns, you can reach milestones that reward you with prizes like rubies, Fusion Stones, Books, and new cards.

Each milestone also has a coin fee you must pay before entering a match, which increases the higher up you go.

* The weekly card changes with every new Brawl.

** The number of copies depends on the rarity of the card: 10 for rare, 7 for epic, and 5 for legendary.