Lasting Remains is one of the cards in Stormbound: Kingdom Wars.

Lasting Remains is a rare undead that commands itself forward after it attacks. Its strength can be increased as it levels up. Lasting Remains can see play in control and rush decks.

Lasting Remains' ability allows it to attack and move through multiple enemies, but only has a limited amount of strength. 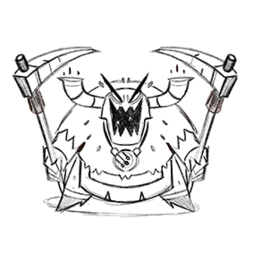 In Lasting Remains' art, you can notice that its usual red, spiky horns shared by all undead are replaced with instrumental horns. Specifically, the horn in Herald's Hymn's art. This represents its ability to command itself.