Xuri, Lord of Life is one of the cards in Stormbound: Kingdom Wars.

Xuri, Lord of Life, works best when you have a lot of units in a single column, letting you fly far forward and buff your units at the same time. 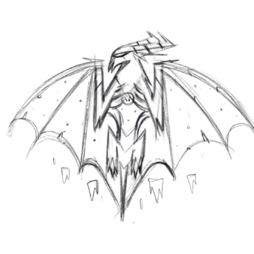 An early sketch of Xuri, Lord of Life.

All Swarm of the East dragons have satyr-esque horns in their art as well as being animalistic.

Xuri, Lord of Life's art contains green wind lines that represent its ability to fly and give strength.